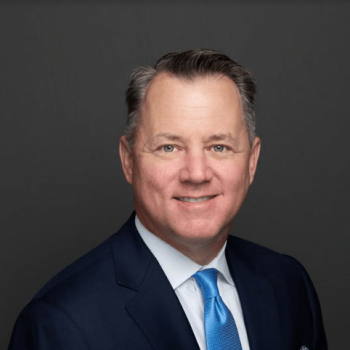 Scott Humphrey spent twenty years on Wall Street advising corporate and private equity clients and their boards on mergers, acquisitions, financings and restructurings.  He was Head of U.S. Mergers and Acquisitions for BMO Capital Markets – the US investment banking business of the Bank of Montreal. Additionally, he was Head of U.S. Industrial Investment Banking where he was responsible for all investment banking products within the industrial landscape.

After leaving Wall Street, Scott served as the President & CEO of One Hope United (OHU), a diversified, multi-state social services provider with a $55m budget and ~800 employees.  Prior to becoming the CEO in August 2015, Scott served on Board of OHU for more than ten years, including two separate rotations as the Board Chair.

Scott has a Bachelor of Science in Finance and Economics from the University of Arizona.  He serves on the Board of Heska Corporation (NASDAQ: HSKA), a publicly- traded developer of veterinary imaging and diagnostic products, Bottles Waiting LLC, a start-up technology application provider, and Front & Center Entertainment LLC, a privately-held entertainment business.  Previously, he was a Board member of Ways to Work, a nationwide community development financial institution (CDFI), focused on providing affordable financing options to the economically disadvantaged population.  Scott is on the Board of Bottom Line Chicago, a non-profit organization focused on sending first generation youth to college, as well as the Lake County Community Foundation. Scott is also a Partner with Social Venture Partners Chicago, a partnership of philanthropically-minded individuals focused on building a scalable social enterprise community in Chicago.

At Sun Acquisitions, Scott provides his considerable talents and expertise to limited engagements where he can help owners and management teams execute their exit or recapitalization strategies.