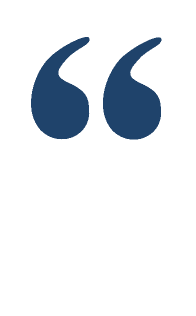 It is easy for business owners to go down the path of selling their business with one party at the exclusion of the open market. The acquiring party probably approached the owner directly and the prospect of doing a discreet deal is very appealing.

For the owner, this seems like a sure way to a quick deal that flies below the radar of clients, employees and vendors. What could be better than a potential buyer coming to your table with an open checkbook. It would seem like the owner is in the driver seat and there should be no problem negotiating a favorable deal.

In our experience, the above scenario rarely plays in the owner’s favor. Typically, these types of deals tend to drag out with the owner revealing much more about their business than appropriate and well before a basic understanding of the offer, the buyer’s ability to fund the transaction and the absence of competitive bidding.

It is this last thought regarding the absence of competition that is the single most detrimental factor in the sale process. Without this market pressure it is impossible for an owner to gauge the market value, keep momentum in the process and maintain deal integrity. Impossible to know how the market will respond to a business offering but a market offering will provide many data points that the owner can evaluate. When a deal is finally consummated it is with a clear conscience knowing that the broad market valued the business asset.

Just as important as value are the intangibles of momentum and a deal process that protect the business. There is a common saying when selling a business – unlike wine deals do not age well. Having the process managed to keep momentum minimizes confidentiality breaches, employees learning about the sale and undo stress on the owner and the business. In addition, it is critical that the deal follows a defined process designed to get buyers from the discovery stage to the closing table. For example, Sun Acquisitions has a defined deal process which is communicated to and implemented with potential buyers.

In most cases, an intermediary is called in after months of no progress, frustrated by the lack of progress and transparency. These pitfalls can be avoided resisting the temptation to negotiate with a single buyer and spend the time to build a thoughtful go-to-market confidential marketing strategy. For most owners, a business is their largest asset and deserves to be handled accordingly.