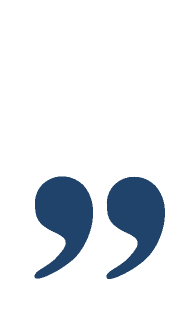 When it comes to baseball, there is no shortage of reasons why it’s America’s favorite past-time. Loyal fans, legendary players, up-and-comers, underdogs and overrated teams. It’s thrilling. When it comes to selling a business, owners can take some winning strategies straight from the major leagues. Earn more when you’re at the top. Don’t tempt injury by staying in the game too long. It’s smart.

In both baseball and business, being profitable, having a proven playbook, beefing up your team and more are necessary for the win. Doing so can be mean the difference between a huge win and impressive legacy, or a disappointing loss.

A business will never be more valuable than when performing at its peak.

According to Forbes, Major League Baseball (MLB) has 28 players earning at least $20 million for the 2015 season, compared to five NFL and eight NBA players with $20 million contracts. The highest paid baseball players are pitchers at the top of their game. Which means they can command the highest salaries and most lucrative endorsements.

Same goes for your business. A business’s fair market value is higher when you sell a company performing at its peak – not at a low point after a terrible season or roster change up, which can depreciate any strategic value too.

Sell in the bottom of the 7th, not the top of the 8th inning.

It is not uncommon for business owners to start shaking up things in order to hold a lead or attempt to gain one. Have your business valuation performed while your game is still strong and holding a lead against competitors. With business you want to ensure whoever buys your business sees its fullest potential, your big contact lists and strong finances.

Better to leave on your own terms, not forced into it.

No one wants to see an injury or forced retirement. This can ruin a whole season and tarnish an otherwise illustrious career. Likewise with selling a business. Though the controlling owner might not feel ready or want to sell, sometimes, selling makes sense under certain circumstances.

When is your company’s bottom of the 7th?

Without outs to count, how do you know your company is in the bottom of the 7th inning? Ultimately, only you, the business owner, can answer that. Are you in the lead or barely holding on to one? There are many factors that a professional intermediary can help you think through to understand the stage of your business, along with other dynamics such as the buyer market, access to capital and deal momentum.