How To Manage The Culture Aspects of a M&A Transaction 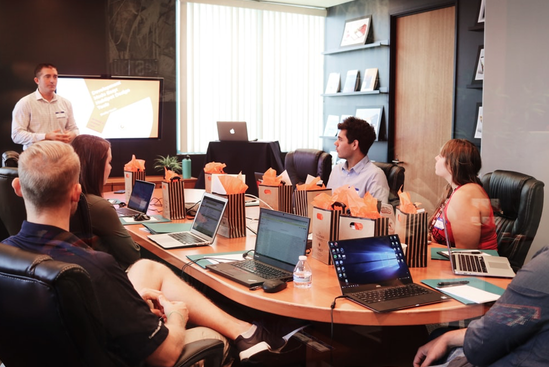 Research shows that 53% of startups in the United States have planned to use an acquisition as their exit strategy. In 2019, there were 348 M&A deals valued between 25 and 49.9 million USD. It’s clear that the U.S. has a strong M&A tradition; however, not every story has a happy ending.

There are numerous reasons behind companies merging or getting acquired. The biggest goal is to achieve a synergetic relationship where the combined entities are more productive and financially sound than the sum of the individual entities. But, it’s no secret that such transactions can end up as disasters if the integration plans are not well thought out and planned. Culture clashes top the list as the leading factors of M&A failures.

So, how should prospective buyers and companies getting acquired manage the culture aspects of their intended M&A transaction?

1.   Research extensively before committing to anything

Mergers and acquisitions have been likened to a couple getting married – and with due reason. Before you marry anyone, there should be a significant amount of time spent getting to know the other party. Their likes and dislikes. What makes them tick and what puts them off. Business entities are similar. They have their own unique traits and characteristics. During the due diligence phase of M&A, attention must be paid to each aspect of the company and not just the financials. Whether you’re considering a horizontal, vertical, conglomerate or concentric merger it is imperative that the company as a whole is looked at.

2.   Conduct a formal cultural assessment of both companies

The process of due diligence will give a holistic overview of a company. However, this research may not be enough to fully understand and appreciate the core cultures of both entities. For this reason, a separate formal cultural assessment needs to take place. Not only of the company being acquired but also of the entity intending to buy the former. Going back to the marriage analogy, it is preferable for a person to understand who they are first before courting someone else. This increases the chances of a successful relationship. The same holds true for M&As.

3.   Appreciate the corporate cultures of both entities

One of the biggest reasons the Daimler Benz and Chrysler M&A dissolved in 2007 after less than 10 years was the failure on both sides to fully appreciate the different core cultures involved. Where Daimler had a more “conservative” culture, Chrysler was all about being “daring” and this led to the two automotive giants being at constant loggerheads with each other.

At times, even when a formal cultural assessment has been conducted, and especially in the event of a hostile takeover, many may be quick to dismiss culture as a minor aspect which can be dealt with later on. However, nothing is further from the truth and this is often reflected when skilled employees begin to leave the company. Thus, it is imperative to understand and appreciate that the corporate cultures of the merging companies are different.

4.   Define the objective of the M&A to employees on both ends

M&A can be a trying time for employees because their livelihoods are at stake. When companies merge, there may be significant impacts on personnel. As such, employees are generally emotionally tense during the entire process. This is worsened if there is no clear directive or communication coming from the top.

You cannot expect people to dance to the beat if they are not aware of what’s being discussed and where they stand in the new re-structuring process. You must remember that it’s people who set the tone of a company. It’s the talent in a company that defines its culture. Therefore, if you wish to avoid culture clashes, be clear and define the objective of the M&A and keep your people in the loop of things.

5.   Plan for a new corporate culture and inform your employees

In most cases, the end goal of an M&A is to create a new entity that’s stronger and better placed to dominate in the respective industry. A new business should mean a new corporate culture, however things don’t always flow as smoothly, and why is that? Because the dominant company almost always assumes that their corporate culture will be adopted. As highlighted before, culture is defined by people, and people are emotional creatures.

Ideally, a nouveau culture must be created and it ought to be addressed during the M&A process. And it should be a culture that combines aspects of both sides of the company. If people have been doing business in a certain way for decades and then are suddenly told they have to change, it will most certainly take some time to get used to the new culture.

6.   Have a clear strategy of how culture clashes will be handled

Pre-marital counseling is often recommended for engaged couples or those considering getting married. These sessions are designed to give the prospective couple an insight into the potential problems they will face within their marriage and also propose solutions of how to handle the disputes and clashes. A similar counseling process is needed for the entities considering an M&A to discuss how problems will be resolved.

There must be clear strategies in place on how culture clashes will be handled. It’s not a matter of if they arise but when such clashes happen, what will be done? Forewarned is forearmed. Take advantage of teams, such as Sun Acquisitions, that help companies find strategic solutions before the need arises. Having such strategies in place will help to diffuse tense situations and facilitate a smoother transition.

Get in touch with one of our friendly advisors to learn more about how Sun Acquisitions can help during business mergers and acquisitions.

Disclaimer: Any information provided in this blog is not intended to replace legal, financial or taxation advice given by qualified professionals.